A Statement from PEN International about the PEN Empty Chair:

PEN International advocates on behalf of writers who are silenced for carrying out the peaceful practice of their profession. Many writers, poets and journalists knowingly defy censorship and scorn prohibitions for causes that are beyond their own personal advantage.

Truth-telling is a dangerous business. PEN campaigns for writers around the world who are unjustly harassed, imprisoned, tortured, murdered with impunity in order to suppress the injustices which their writing brings to light.

This is not the time to be complacent here in Australia. We see more and more that legal processes are chilling free speech. Recent Australian government legislation included in ‘antiterrorism’ protections has threatened the freedom of the press to legitimately, and without fear, protest and voice concerns in the public interest about government policy and national action.

So it is fitting that here where we write without fear of persecution we think of those courageous writers who do not share the fundamental human right of freedom of expression. 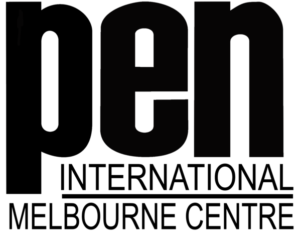 *** 26 Nov 2020 – Dr Moore-Gilbert has been released from prison in Iran. Read more about this fantastic development HERE ***

Dr Kylie Moore-Gilbert cannot be at this year’s festival because she has been unjustly charged and imprisoned in Iran.

Kylie is a British-Australian academic who is a highly regarded scholar of Islamic Studies at the University of Melbourne. In September 2018 Kylie visited Iran for a conference and scholarly research. She was arbitrarily arrested by the Revolutionary Guard as she was about to leave Iran and has been incarcerated there for over two years.

In a secret trial Kylie was charged with espionage and sentenced to ten years imprisonment.

She has spent long periods in solitary confinement under artificial light 24 hours a day. She has held several hunger strikes. In a letter written to PM Morrison, December 2019, Kylie said: I beg of you, Prime Minister Morrison, to take immediate action, as my physical and mental health continues to deteriorate with every additional day that I remain imprisoned in these conditions.

In July this year Kylie was moved to the notorious Qarchak prison, known as one of the worst women’s prisons in the world.

Kylie’s family say they are “far from losing hope” despite the “unimaginable pain” they have endured.

PEN Melbourne holds grave fears for Kylie’s safety and wellbeing and continues to campaign for her release and write letters to her, to let her know she is in our thoughts.

Join the PEN community of writers and support your colleagues around the world whose freedom of expression and lives are under constant threat. 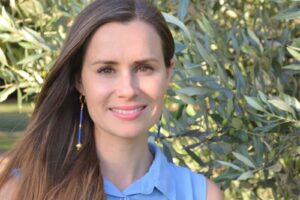